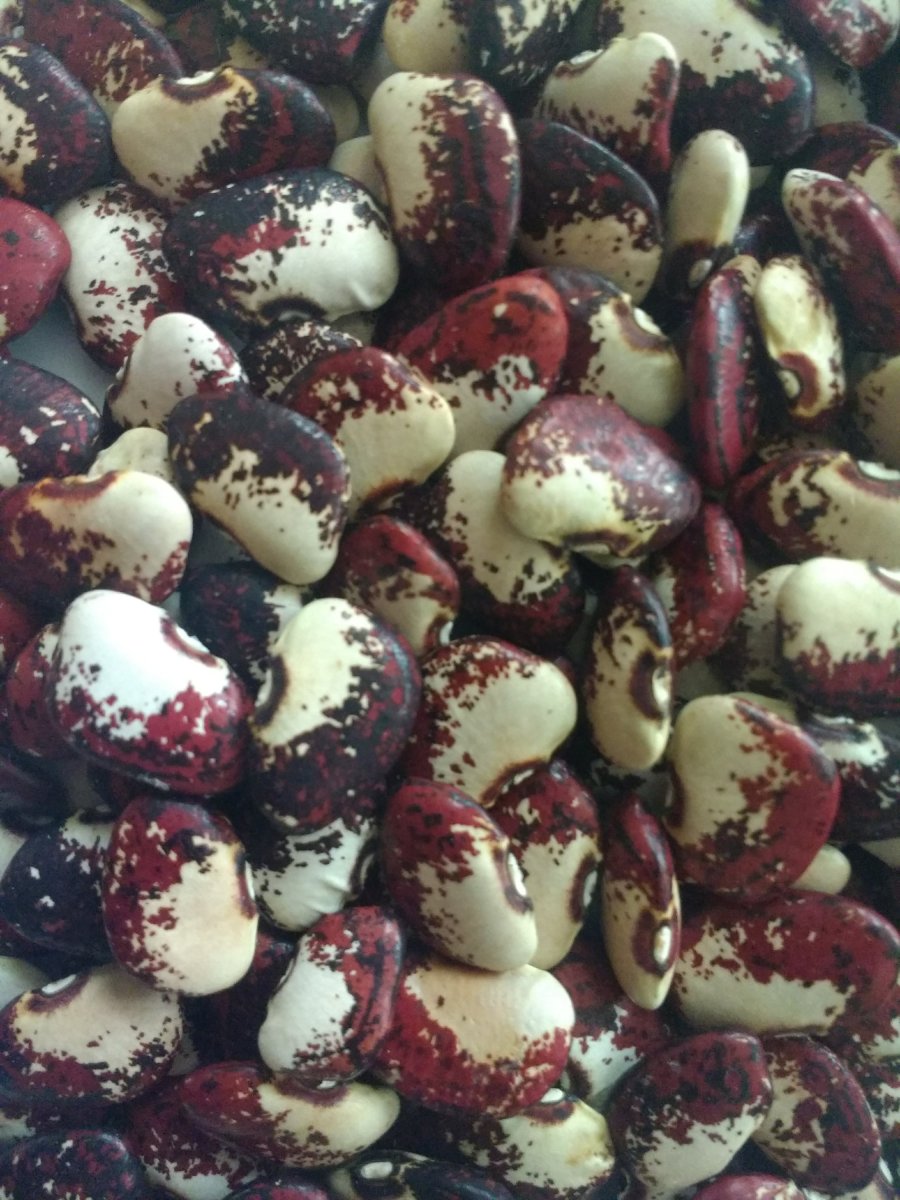 There is something oddly soothing about seeds. You’ll know the feeling if you’ve ever dug your hands into a garbage can size box of loose seeds at the local nursery or if you’ve managed to be able to keep and harvest your own seeds. (If you’ve never been able to do so, I suggest going to the bulk section of the grocery store and shoving your hands in the unpopped popcorn bin. Just don’t let anyone see you…). I can’t place if it’s the actual texture and feel of hundreds of cool seeds gently caressing your skin, or if it’s the growth and food potential packed into all those seeds, but something about hundreds of tiny seeds is just awe inspiring.

And beans are further spectacular for all their intricate patterns and designs. I can’t be sure, but I’m willing to bet that like a snowflake, no two non-single color beans are patterned the exact same way. They may have a general pattern, but when you actually study each beans seed coat, the differences are amazing.

In Vermont these beans worked out great. We didn’t have huge pulls of beans, but we had plenty to keep us happy and they made a great supplement to our CSA. It was also evident that while they don’t like the cold, they weren’t’ as fragile as some other beans I’ve grown when it came to cold nights.

The Potawatomi Limas have done just as well, if not better, in Georgia. We’re able to get them in the ground early and we end up having two crops of dried beans. (We only save seed from the first crop.) We are also able to get a good number of green beans for shelling. And of course, because of the dry lima pods ability to pop open and shoot seeds everywhere, we always find random volunteers germinating some place we didn’t plant them. More often than not we let them grow, but even when we have to kill them, they make an excellent cover crop/green fertilizer.

Overall, we are very impressed with this variety. Over the last ten years, we’ve been saving seeds from pods with four beans. In the beginning, we had mostly two and three beans per pod with the occasional four-bean-pod. We still don’t have a plant with only four-bean-pods (that won’t be for another 20 years down the road, maybe…), but their prevalence is much higher and the number of two-bean-pods is significantly lower. We’ve tried a variety of beans in the garden, and while I never thought I’d fall in love with a lima bean, so it has become. Do you have a favorite vegetable variety you go back to every year?

7 thoughts on “Picking a Bean”