When something horrible happens in our personal lives, we grieve, and eventually we come around to make decisions in an attempt to modify future behavior, so naturally when tragedy strikes the nation, we look to our politicians to make decisions that will modify national behavior. There are a number of issues with this decision making process, and a number of different angles to approach it from.

Firstly, we must consider the state of our collective conscious when we make decisions regarding a constitutional amendment. The immediate days after a tragedy – let’s say a mass school shooting – everyone is politicized; everyone has an opinion; they are boisterous and short sighted. When we are emotionally charged, our judgement clouds, and we can become irrational without even realizing it. This is a normal part of the grieving process, but when we turn to politicians after something like Parkland, we run the risk of having our emotions taken advantage of by politicians who’s livelihood requires re-election. Just like you, politicians want to keep their jobs; they want to keep their income, and that means pleasing their constituents. Unfortunately, in times of collective social outcry when a seeming mob-mentality rules, pleasing constituents isn’t always best for everyone. If we look at knee-jerk reaction legislation, it has not done much to cede the initial cause for legislation, but has eroded some number of personal liberties and given more power to the government. For example, consider 9/11. A once privatized industry – flight security – is now run by the largest governmental agency created since WWII, the TSA. We are patted down, given full body scans, water bottles emptied, shoes and belts removed, minorities targeted. Do these things really make us safer in the skies? Certainly they make us feel safer, but at what cost? The TSA’s annual budget is 7.5 billion dollars. So within two months after a one-off event, the government took a privatized industry, and created a department with a $7.5 billion budget.

Remember Sandy Hook, one of the deadliest school shooting in US history? The days following, there was, of course, much heated debate about gun control and in neighboring New York state, legislation was quickly passed in the form of the New York Secure Ammunition and Firearms Enforcement Act (NY SAFE Act) one month after Sandy Hook. It passed, utilizing legislation within the NYS constitution that allows for bills to be expedited by the governor. The NY SAFE Act passed through both houses and received the governors signature in less than two full days. Once the bill passed, it was found to have a number of misguided provisions that called for restrictions that would inadvertently ban some common types of weapons and make some police weapons obsolete. For example, magazines sales were restricted to those that could only contain seven or less rounds – ten round clips were grandfathered in, but could only be loaded with seven rounds. This provision of the bill was later struck down. And more legislation had to be worked through later as the NY SAFE Act made no provision for police firearms. All this at cost to the NY tax payer. All things that should have been worked out prior to passage of the bill.

The NY SAFE Act also requires New Yorkers to re-register guns, and can sometimes be a confusing process as many of these guns have already been registered. When the final provision of the NY SAFE Act went into force at the end of January, 81,000 legal gun owners in NY became felons overnight for failing to register their weapons to NY’s new standards.

The biggest problem with the NY SAFE Act, however, has to do with a requirement of mental health practitioners to report to a state wide database if someone might cause harm to another. This database is then used to revoke permits and seize weapons. It may not seem like much, but this is a huge issue.

The NY SAFE Act may not seem to be invasive, and may even seem to have some “common sense” gun legislation in it, but when we consider it’s implications, it can quickly become quite nefarious and it’s something we must consider when we start to clamor for stricter gun laws and sales. The second amendment grants individuals the right to bear arms, the NY SAFE Act and other legislation would begin to limit these rights based on a soft medical condition.Undoubtedly there are times, when the mental state of an individual should probably preclude them from acquiring a weapon, but this is a very slippery slope.

Further consider the implications of the NY SAFE Act. If an individual reports to a mental health professional, including a physician, psychologist, nurse, or social worker and they deem the individual “is likely to engage in conduct that would result in serious harm to self or others” they are required by law to report their findings to county officials who then agree or disagree with the professional’s findings and then put the individual’s name on a state wide registry. Once on the registry, any existing permits are revoked and an individual is no longer able to purchase a weapon; on top of that, any weapons currently owned by the individual are seized by the government until their name is expunged from the list. Ideally, this would keep guns out of the hands of dangerous, mentally unstable individuals, but there is a whole lot of room for things to go sideways. Imagine someone who owns a weapon, but is having some minor depression issues, and wants to seek counseling, would they still seek counseling now that the government could seize their weapons? This provision, without a doubt, jeopardizes mental health.

On top of jeopardizing mental health, consider that we are giving the government the ability to confiscate weapons for a non-criminal offense, we are removing someone’s second amendment right due to their state of mind. Where does this removal of rights stop? Once the government decides an individual is unfit to exercise their second amendment right, how long until the government decides that a person is unfit to practice speaking freely or worshiping freely? Or even voting freely? Is it that far fetched to imagine government requiring a mental health evaluation to acquire a gun permit? Remember, not long ago, the federal government used the IRS to target individuals of dissenting political beliefs; how long before they use the ATF? Do we really trust big government to ascertain an individuals ability to implement their rights afforded by the constitution in a fair and unbiased manner?

Surely, something needs to be done to stem the seemingly endless barrage of school violence, but before we rush into giving the government more power over individuals (that they never give back, mind you) let’s consider the long term and full scope impacts of our decisions. Let’s consider fixing the violence from all ends, including the social side that raises individuals who have such little – or perhaps such vast – self worth that they either can’t, or don’t grasp the immensity of killing innocent children. There are no easy answers, to this problem, but I can assure you, knee jerk solutions will only be rued.

Surely, something needs to be done to stem the seemingly endless barrage of school violence, but before we rush into giving the government more power over individuals (that they never give back, mind you) let’s consider the long term and full scope impacts of our decisions. Let’s consider fixing the violence from all ends, including the social side that raises individuals who have such little – or perhaps such vast – self worth that they either can’t, or don’t grasp the immensity of killing innocent children. There are no easy answers, to this problem, but I can assure you, knee jerk solutions will only be rued. 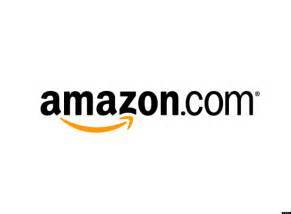