Without a doubt, National and State Parks make up the biggest “common” area for tax payers to explore and make use of; it is also a prime example of the tragedy of the commons in today’s world. To be fair, many users of these common areas are respectful of nature and follow the leave-no-trace philosophy, but no matter how careful users are, a single track trail can quickly become a herd path of three or four people wide simply from increased foot traffic and weathering; and of course, once this happens, it can be very difficult to recover. This article from the NY Times blames the advent of social media and geo-tagging (specifically Instagram) as an issue as it alerts too many people to picturesque areas that were otherwise only described as gritty contour lines on a map, while some natural areas – like the Adirondacks of NY – are facing issues from floods of tourists thanks to their close proximity to major cities, and tourism campaigns from the State.

The Adirondack Park is a 6.2 million acre park in Upstate New York, making it the largest of it’s kind in the United States – it’s most recent addition to the park was in 2012 when Gov. Cuomo purchased 65,000+ acres for nearly $50 million – with almost half being protected as “forever wild” in the New York State constitution. Cuomo highly praised his own actions and initiated a hefty tourism program intending to bring people from the nearby Montreal and New York City to spend their money in the many tiny Upstate towns that reside within the boundaries of the Park. And, predictably, tourism increased. In 2015, Cuomo’s office issued a report that claimed tourism in the Adirondack park area was $1.3 billion dollars and generated $162 million dollars in state and local taxes. That is a lot of tourism and it is changing the landscape of the Adirondacks. Weekends leave the roads clogged with cars as they search for parking spots at the tiny trail heads, with many often just parking on the shoulders of the road.

While the increased tourism is beneficial to local economies, it has been rather detrimental to the local environment. A number of the Adirondack mountains were burned in the 1800’s to allow the peaks to be surveyed, and those that weren’t scorched were often logged quite heavily. These area’s are growing back (some old growth can still be found in some remote areas), but the peaks have been slow to recover. While only a fraction of the High Peaks consist of alpine climate, the tops of these mountains are rocky, cold, and windy, making growth slow and precarious. Trails are marked on rocks with yellow blazes and stone cairns. Through the stubby spruce branches, the trails sit lower than the dirt as they have been eroded down to the mountain rock. With increased foot traffic, these trails have widened, allowing rainfall to concentrate into small streams and erode even more of the trail, continuing the widening effect. On the peaks that do maintain alpine climates, the small and delicate plants that took years to grown are trampled and killed in a season underfoot of clumsy hikers and wayward dogs. There is also a huge environmental impact that comes with the increase of cars and litter.

This overuse issue is one that has been steadily ramping up over the past few years, forcing the NYS Department of Environmental Conservation (DEC) to take notice and put together some focus groups to help prevent future damage and control tourism. Much of what they have come up with, is more infrastructure: more kiosks with information about nearby underused trails, more signage directing travelers to the new kiosks, more electronic variable signs on the interstate connecting NYC to the High Peaks region, more public roadside restrooms, more parking spots, and better painted parking spots. They have even designed an “environmentally sustainable trail” to be cut-in in the hopes that it will redirect some hikers. (This, after Cuomo disregarded federal road sign regulations and put up 540 tourism signs through out New York at a cost of $8.1 million, only to be told to take them down or lose $14 million of Federal Highway Assistance funds.)

Of course, building new signs and suggesting that people find different “underused” trails may help to disperse some of the foot traffic, but it does not tackle the issue of overuse and many in the DEC and Adirondack Park recognize this. Not to mention all the signage and buildings will take a nice sized bite out of the taxes tourism has created, but it is also likely, many of the small towns and counties will end up footing the bill, while the state reallocates those tourism taxes to projects in the City.

There have been a few suggestions made that would cut back on traffic altogether, but as can be imagined, they are often met with a fair bit of resistance. The first idea centers around permits and is essentially two fold: permit fees will create revenue that could then be used to maintain high use trails while also acting as a deterrent for some luke-warm users. The second idea also focuses on reducing foot traffic by closing particular trails throughout the season, forcing hikers to go elsewhere. While both of these ideas have merit, they both have problems as well. Closing certain trails will reduce foot traffic, but it will also push that foot traffic elsewhere; it is just moving the problem from one location to another. And, of course, there is the likelihood that when the trail is reopened, the foot traffic is more intense as people look to get out on the trail while it is open. But then we get to the idea of permit fees.

Personally, I have no problem with permit fees to use certain areas of wilderness. It will probably keep some hikers that are just out for a glorious Instagram shot from ascending the peaks, and it will generate a revenue stream for maintaining the lands and trails. The issue with all this, is that these are not private lands, they are state lands, and every New Yorker and tax paying citizen across the country has had money taken from them to be used for maintenance of the Adirondack Park. Now the people that want to use the park will be paying for it twice. 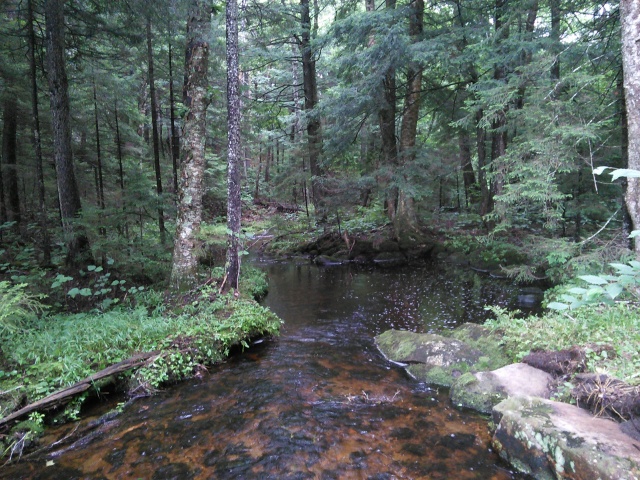 In Part II, I will examine where the newly acquired land came from and how it was being used prior to coming under NYS ownership, and perhaps a solution to the problems besieging the Adirondack Park.

Sow seeds of liberty so we can all reap sheaves of freedom together.